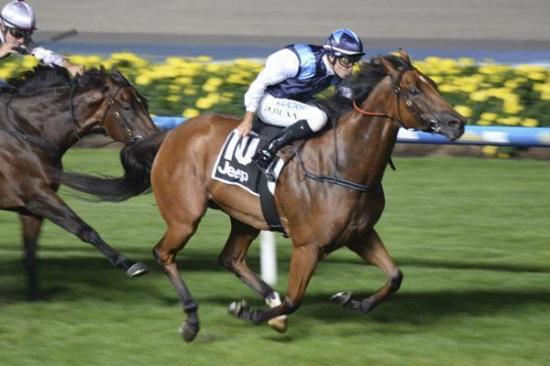 Following a dominant victory at Mornington, Certain Ellie headed to Moonee Valley over the unique 955m journey. She started a short priced favourite and with the aid of a gem of a ride from Dwayne Dunn, was able to notch her first Melbourne city win with a soft 1.2 length victory.

Ellie jumped a bit slow but under jockey Dwayne Dunn, she was able to kick up to hold the inside rail behind the leader. She traveled nicely and as the leader laid out under pressure coming around the corner, Ellie shot through along the rail and quickly put a gap on the field. An excellent result for the many owners in attendance.

February also saw Paul take his tally to 6 wins for the year. In addition to Ellie, stable veteran Nisos completed a rare Adelaide city double. Following a 6 length victory at Pakenham, the rising 7 year old took on Benchmark 90 class at Morphettville over 2400m. With the aid of a rails run he fought hard in the straight to secure a narrow but well deserved victory. Given his rich vein of form, Paul decided to back him up last Saturday over 2250m. After getting a long way back, he charged home late to get up in the last few strides taking his career wins to 5 and earnings well passed $200k. An amazing 8 days for his owners.